Dont drink tea with kids around...

I spent a few days stitching my 'A Christmas Story' trying to catch up with my monthly commitments ( too many) and DD9 came in for a cuddle and whoops my cup of tea splashed all over the stitcheries I had laid out to show her. A quick dash to the kitchen and all was saved!!!! 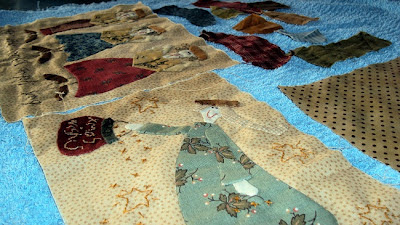 Lightning wasnt very good was a bit late at night..... 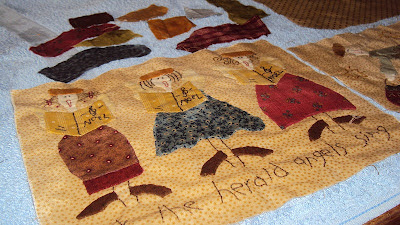 Today a girlfriend came to visit and bought some stitching she had been doing. OMG she has stitched 'Tis the Season'. She made each stitchery 5" and I like it better than the smaller ones;she also had the backing to show me. The kids were all playing so I suggested we attack my roll of wadding and baste her quilt. Now its ready for quilting..... to think she started the quilt 3 weeks ago.....sigh.. 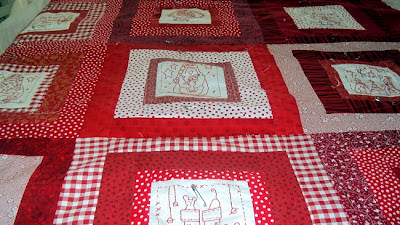 I grabbed a quick shot as she walked out the door......I havent made this one but tis on my list of things to do!!
Happy Stitching﻿
Posted by Deb R at 17:37